Secure Messages between Doctors and Patients Increasing, but Challenges Remain

Newly released data from 2013 is showing that more and more patients and doctors are using secure messages to interact. Data from the HHS’ Office of the National Coordinator for Health Information Technology reports that 41% of hospitals employed the use of secure messages in 2013. Similar results were found by the Center for Disease Control and Prevention’s National Center for Health Statistics regarding use among physicians.

However, despite the growing number of doctors and physicians employing secure messages, widespread adoption has slowed. Experts say this is in part due to the fee-for-service model. Current secure messaging systems have often little or no way of charging for their services. Without a way to charge, it’s hard to get doctors to prioritize spending time on secure messages when they also have in-office appointments. Additionally, cultural views surrounding patient care may be to blame. Patients and doctors simply aren’t used to interacting as frequently as secure messages allow. This increased communication can very easily become an onslaught to health care providers. One health plan executive recommends scheduling a half hour of daily “desktop medicine” to improve secure message use while maintaining a balance with other appointments.

“It’s great to know how many steps you’ve walked, but to be able to take your heartbeat or blood glucose levels or more elaborately, do an analysis of a EEG signal, (these) clinical settings are where the value of an mhealth device are realized,” said Nick Kurkjy, a research associate at Lux.

New updates have been released from the Office of the National Coordinator for Health Information Technology to test and certify electronic health-record systems for the federal EHR incentive-payment program.

The updates will affect automated numerator recording, automated measure calculation, data portability, and more for the 2014 Edition software. A full list of the changes can be found on the ONC’s website.

Blue Button Tech. Consumer Use Set to Get a Boost

A new nationwide initiative is developing to encourage consumers to seek out electronic access to their health records. The initiative, known as the Blue Button Campaign, is being launched this fall by the Office of the National Coordinator for Health Information Technology.

According to the ONC, the lack in demand for digital health records among the public is one of the biggest obstacles to increased consumer engagement. The ONC hopes that by spreading the word about Blue Button, they will be able to shift attitudes surrounding how consumers manage their personal health records.

The campaign is set to run from September 15 to October 6.

Graphic of the Week:

Get Real Health is Participating in National Health IT Week 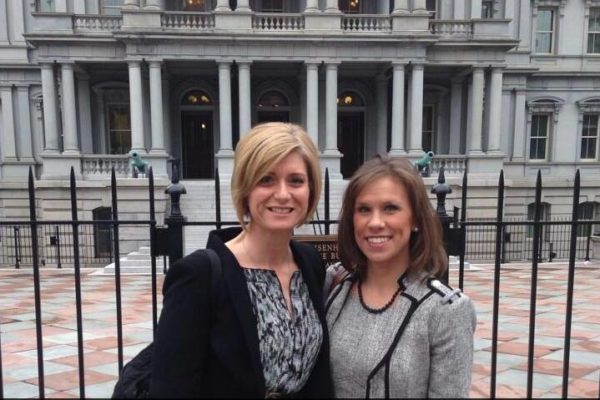 Get Real Health Gets a Seat at the Table at the White House: Here’s What They Talked About